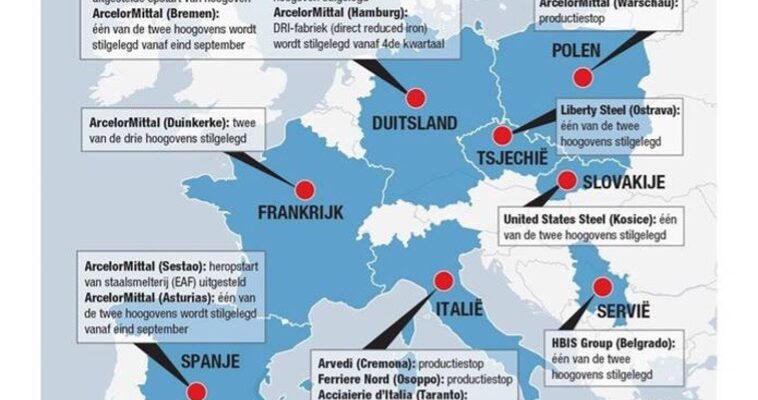 A report from the GMK Center indicates that steel production in Europe has been reduced by 11.7 million tonnes, which is a decrease of 6.7% compared to July of last year (2021).  This decrease is due to the closure of several steel mills in Europe, including several of the Arcelor Mittal Group.  At the beginning of September, some fifteen steelworks were shut down.

The closures are due to the increase in the price of energy, which means that producers are no longer able to cover their production costs and are unable to pass on cost increases to their customers, despite the energy surcharges applied by most players.

These closures are in addition to those already announced, such as the closure of the Aperam stainless steel foundry in Genk.

This reduction in supply will eventually have an effect on the price of steel.  It is therefore not to be expected that prices will fall in the coming months.

The Filame Group is a European leader for the manufacturing of springs and wire forms, and cutting, stamping and sheet metal works. Our main customers are global leaders in their sectors. We deliver across Europe within 24 hours.